In our New York City office we offer NeurOptimal® neurofeedback therapy sessions.  Since 2011, we have been offering in-office sessions and home neurofeedback system rentals. Our neurofeedback trainers are also licensed therapists and a neurofeedback session can be combined with talk therapy. Visit us at 32 Union Square East, S. 1017, New York, NY 10003.

July 2021: We continue seeing clients for in-person sessions at the NYC office with strict COVID-19 protocols. All our neurofeedback trainers have been fully vaccinated. We also provide Neurofeedback at home rentals for pick up or shipment throughout U.S.. See below for more information. 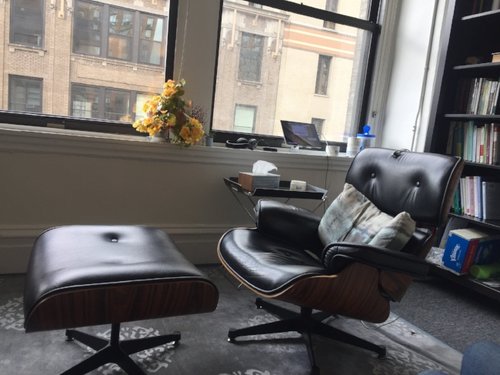 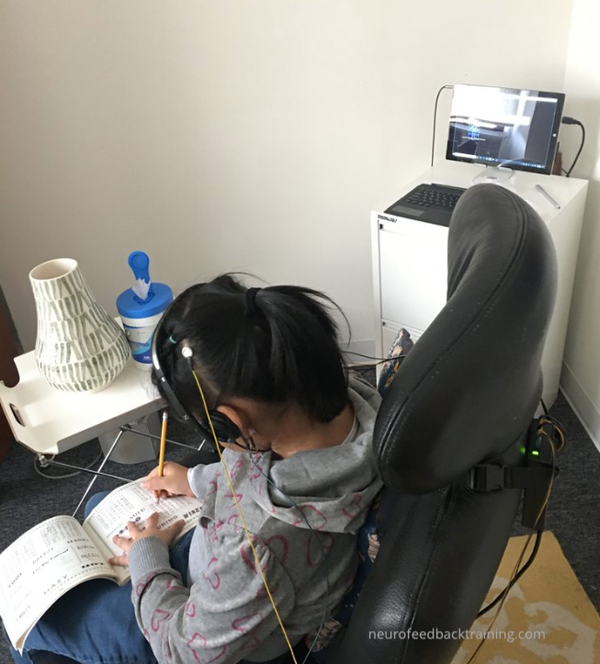 Purchase a 10-pack of sessions and receive the 11th session for free. First-time appointments take an hour and subsequent neurofeedback sessions are 45 minutes.

We offer an out-of-network receipt that you can submit to your insurance if you have those benefits (this is for our NYC office only.) If you don't, we offer monthly neurofeedback rentals which will save in overall cost per session.

For a free phone consultation or to schedule a neurofeedback session in NYC or inquire about a rental, please fill out the form below: JULY 2021 UPDATE: All our NYC neurofeedback trainers have been fully vaccinated.

As we adjust our schedules and office flow to support recommendations by the CDC, we ask for your patience and understanding as we move through difference phases of reopening. Here’s what you can expect from us, and what we ask from you, during this time:

In-person sessions now available on weekdays and Saturdays with our trainer Amy.

Fill out the form above or click here and we’ll get back to you about your first appointment. 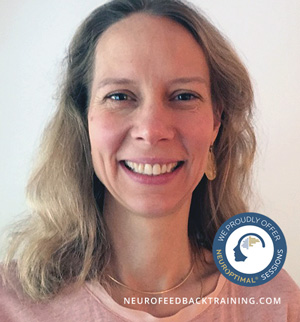 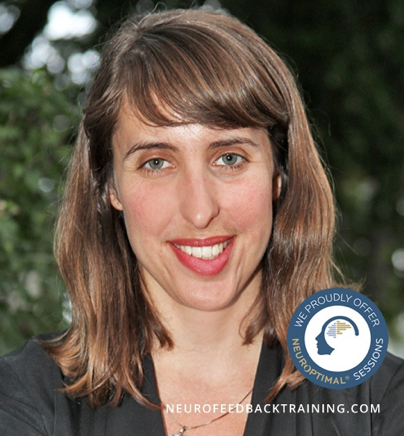 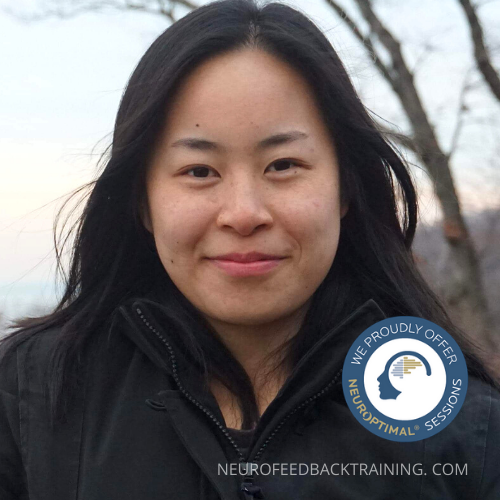 I started training at the start of 2019 and ABSOLUTELY fell in LOVE with it!! Allison is so sweet and nice and really guides you with any questions you have. But the best part? Training at home on your own schedule!!! I found that it was very effective for me, and so so calming amoung many other benefits. I did so much research on where to go for training and I couldn't be any happier with my choice! I highly recommend it!!!

After a total of 12 neurofeedback sessions at the NYC office, I am seeing a variety of positive benefits including falling asleep faster, decreased sensitivity to triggers, and a quicker recovery from bouts of anxiety. In general, I feel more stable and "myself" which translates to the ability to be more present with my wife and son. Neurofeedback training has been a key tool for me in my journey and I look forward to each session.

I have done neurofeedback consistently at the NYC Neurofeedback Training Center for about 10 months and it's been a life-changing experience. In the beginning, I went once per week and noticed slight shifts for each time. After about 15 times I went twice per month. Now I feel more at ease when encountering stress, overall I feel not as worried or anxious as before. I am able to multitask more and feel more focused at work.

After experiencing "brain-fog" from a fall, a friend of mine told me about Neurofeedback Training in Union Square. After my first session I felt significantly more grounded and centered, more in control of the connection between my mind and body. I was so relieved as the side effects of my bump to my head were quite scary!

The experience itself was so relaxing, professional, and uplifted. The technician was incredibly knowledgeable and I was relieved to have a path to my healing that was doable and effective.

Three months later, I've since continued my sessions at neurofeedback training. It is because I so enjoy the staff and the caring feel of the office in general and also because I've seen such improvements in other areas of my wellbeing as well. For instance I am feel more calm and my sleep so well after a session. My life has become more manageable and in general I feel like my mind is more clear and more organized.

I highly recommend NYC Neurofeedback Training Co. and NeurOptimal neurofeedback training to anyone, especially to those who want to feel more focused and relaxed. This is the place! Convenient location at Union Square, super friendly knowledgeable staff, wonderful relaxing experience, great benefits.

Amazing customer service and very knowledgeable. The Neuroptimal is hands down the best neurofeedback machine out there!

My Saturday sessions with Grace have been awesome so far! Neurofeedback has had a relaxing and zen-like effect on my mind that I didn't anticipate--there's really nothing like it that I've encountered before. It's a must try for those who want to tone down anxieties and sharpen their attention spans. Thanks again! 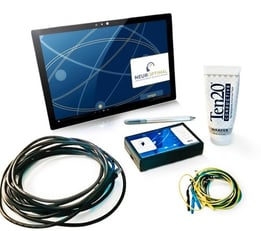 Clients may choose to rent a neurofeedback machine for home use.  The cost for a rental is $650-900/month (plus NY Sales Tax). When renting, the cost per session is as low as $40 and families and couples can train together.  Clients often train in-office for a few sessions then switch to a rental for the convenience and cost savings.

We offer price matching on any rentals! Pick up for free in NYC or have the equipment shipped directly to your home for a flat-rate shipping cost. Learn more  >

Here's a recent review from a client who started with sessions in NYC and then rented a home system;

My training is going well, I've done two at home sessions so far. Third will be tonight. I did 21 in office sessions prior to the home rental. I'm definitely feeling calmer, more clear headed (sometimes), and more focused (sometimes). I'm still have trouble sleeping and fall into depression, but I notice an improvement in my mental state and response to external conflicts. Overall I notice positive internal change, but there is still plenty of room for improvement. 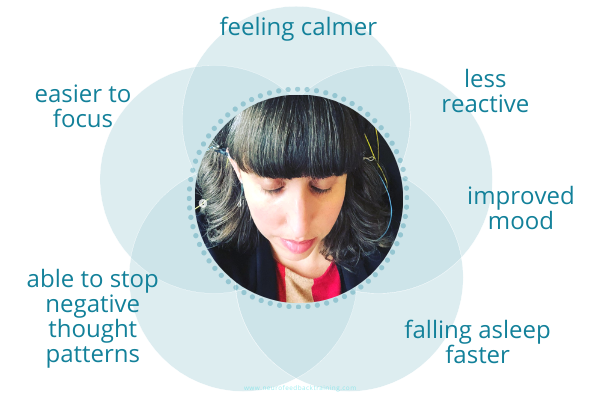 Neurofeedback is a form of brain training that was developed out of the discoveries of biofeedback.  Neuroscientists discovered that measuring and tracking the brain’s electrical activity, or brainwaves, was not only meaningful but could be used as a form of feedback to help correct or optimize the brain’s performance.

The mental and emotional experiences people have are created through the brain’s use of neuro-chemicals and electricity.  Lack of mental focus when trying doing school work or worrying when it’s time to fall asleep are examples of how the brain can get stuck in patterns of activity that don’t benefit the individual in their current needs.

Only recently has the speed of computing technology reached a level that neurofeedback devices could be created.  The speed of the brain’s computing (think of electricity running through wires at a speed of milliseconds) can now be tracked by computers allowing this type of feedback system to created as a tool for brain wellness.

With sessions at our New York neurofeedback center, the client learns to reset the brain's negative patterns, allowing the individual to better manage sleep, emotional regulation and cognitive fitness such as focus and concentration.

Often clients report feeling calmer, more focused and relaxed at the end of a session.

Our clients are adults and children of all ages.  Each train for a variety of reasons. We see the best results in children when parents also have neurofeedback sessions.

Watch YouTube video: How many neurofeedback sessions do I need?

Why We Chose the NeurOptimal® Neurofeedback Device 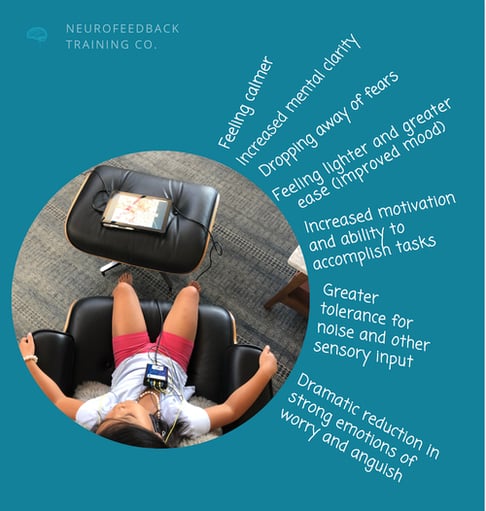 The NeurOptimal® system is also the latest generation of neurofeedback.

In the first generation, the skilled trainer would set protocols to encourage the brain to change its brainwave patterns to match those of a ‘normal’ brain.  While somewhat effective, it has limitations in that it was taking a linear approach (the brain is a nonlinear system) and not using real-time data about the maladaptive brainwaves. Potential for creating side effects from over or under training was possible.  It also proves difficult because it required guessing which maladaptive patterns to prioritize.

With the second generation, the advancements in computing power allowed the design of the system to shift to be synchronized with how the brain optimizes its own performance.  The expertise moved from the external trainer to the individual’s brain. This profound shift allowed the device to use real-time information about the maladaptive patterns, which is much more precise and valuable than using a QEEG or brain map that was taken months ago.

It also is fully automated and does not require an expert setting protocols session by session, making the home neurofeedback device a reality.  This shift dramatically reduced the potential cost for clients making neurofeedback at home an option.

Watch Video: What Happens in a Neurofeedback Session

Written by our team of Neurofeedback Trainers & NYC Therapists 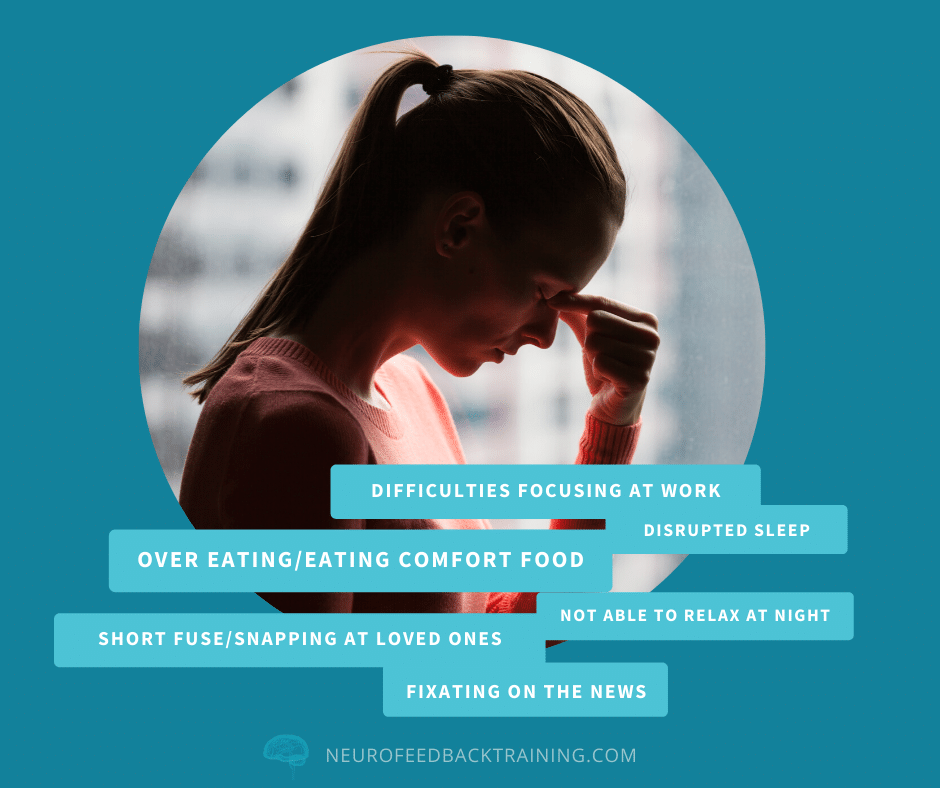 Working with Stress: 5 Ways to Slow Down in NYC 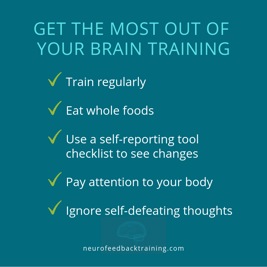 How To Get The Most Out Of Brain Training