With approximately 86 billion neurons, the brain houses many important functions such as: emotions, cognitive processes, memory, motor skills, and sleep regulation. As a dynamic system that is constantly changing, for example, we are constantly building new neural networks between brain sites, nurturing brain health is key to a fully engaged and balanced life.

Keep reading to learn more about brain health, ways to improve it, and the latest research. 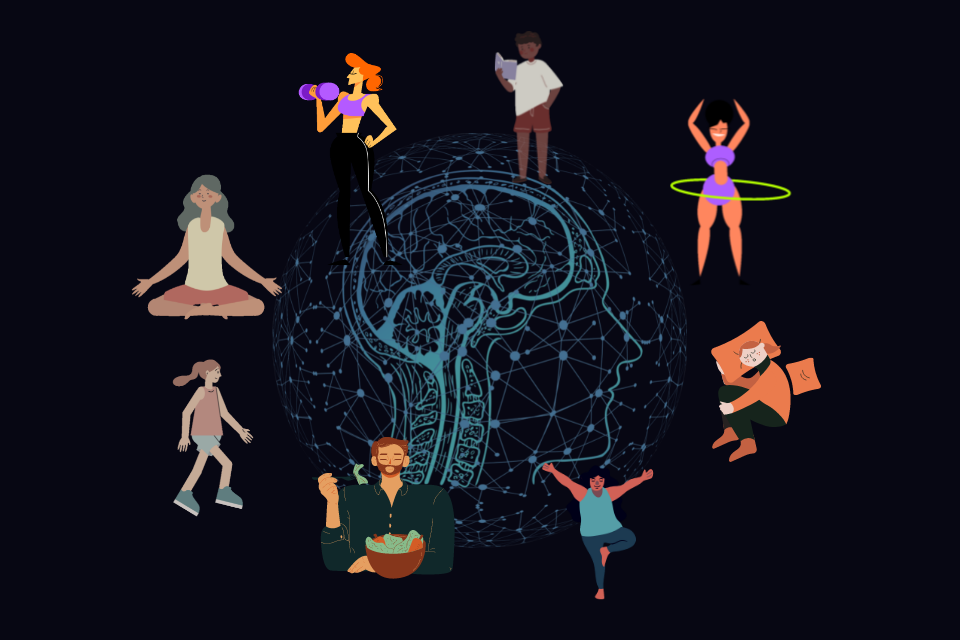 Read straight through, or jump to the section you want to read:

What Is Brain Health? 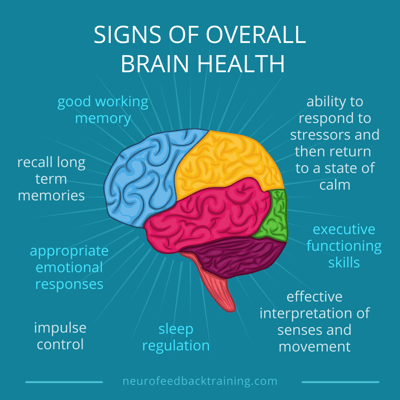 Brain health refers to the brain's ability to function at its ideal capacity. This means maintenance and optimization of important metabolic, emotional and cognitive processes.  Signs of overall brain health can include good working memory, and ability to recall long term memories, executive functioning skills, impulse control, emotional responses that are appropriate to current circumstances, ability to respond to stressors and then return to a state of calm, sleep regulation (being able to fall asleep easily, return to sleep and wake up with energy),  and effective interpretation of senses and movement.

Brain health is specific to each individual and depends on innate and environmental factors. Age, gender, race and culture are just some demographics that can affect how brain health is defined and what it looks like. For example, brain health may focus on increasing individual well-being in Western cultures whereas in Eastern cultures, may look more like effective emotional regulation around others. Additionally, brain conditions such as neurodevelopmental and neurological conditions can affect the brain's capacity to perform and recover. These can include developmental/intellectual disabilities, traumatic brain injuries and dementia. Mental health disorders like depression, anxiety and addiction can also influence the brain's ability to be resilient and flexible.

Since the brain is a dynamic system designed to take in and process new data moment-by-moment, whether it is biological, social, emotional, and through multiple sense faculties, many factors can influence the brain's peak performance.

Historically there has been a false divide between brain health and the health of the rest of the body.  As medical technologies have advanced in the last decades so has the understanding that the brain and entire body function together.  For example, the advances in understanding the relationship between the brain and the digestive system have led to the gut being coined the "second brain" because it plays such a large role in providing the brain information and neurotransmitters, the chemicals used by the brain to function.

In consideration of brain-body connection, how the body is treated affects mental processes and vice versa. Having a healthy diet, exercising regularly and incorporating the right supplements are key ways to facilitate brain health. Engaging in other activities such as healthy self-talk, brain training games and technology, and meaningful social connections can also influence overall brain health.

Ultimately, brain health is a combination of the brain's inherent and acquired tools and the ability to utilize its environment.  These determinants influence the brain's ability to develop, respond and adapt, which can allow it to grow into its ideal versions across the lifespan. 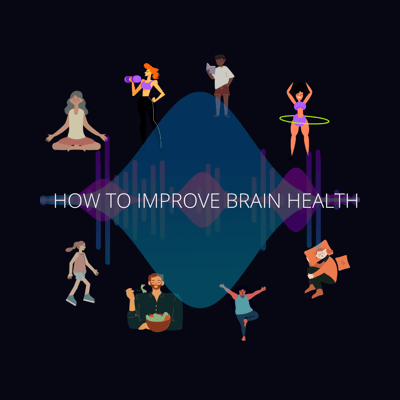 How to Improve brain health

From playing games to learning a new language, the brain can be trained and nourished in many different ways. It is most often the combination of multiple tools that assist the brain in achieving maximal health. Here are some effective methods to improve brain health:

Exercise can benefit the brain and overall health by increasing blood flow to the brain, reducing inflammation, regulating stress hormones and  improving blood circulation.  Getting at least 30 minutes of exercise a day is recommended.  Physical activities such as running, walking and cycling can help to improve cognitive function such as memory, attention, flexible thinking, and coordination.

In one study, it was found that low intensity exercise such as walking could boost learning a new language. A group of adults were instructed to walk on a treadmill while learning 40 new words in a foreign language they had never learned before (in this case, Polish) while the control group remained sedentary.  The exercise group performed better than the sedentary group when correctly recalling the words. 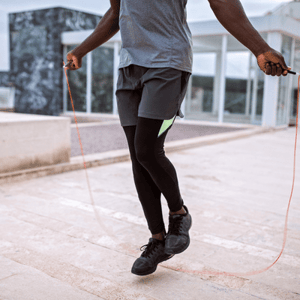 Another study conducted at Rutgers University involving older African Americans looked at aerobic exercise and its effects on brain activity and cognitive test scores.  One group took hourlong dance classes for 20 weeks while the control group remained sedentary. Through brain scans, the researchers discovered that in those who exercised, certain parts of the brain produced more synchronized activity. This involved different parts of the brain lighting up together in a kind of youthful flexibility, indicating increased agility. Those who exercised also performed better on cognitive tests involving memory and logical thinking. 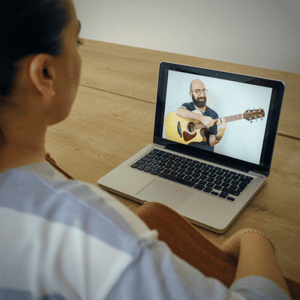 The brain is naturally plastic, which means it can form new neural networks and create connections within different brain regions.  In short, the brain is designed to learn and to keep learning throughout the lifespan.

Keeping the brain healthy involves acquiring new skills, such as playing a new instrument, sport or language.  Pushing the brain to venture into new territories stimulates many cognitive and emotional pathways that helps to prune old neural connections and stimulate new ones.  In learning something new, old patterns can drop away, giving rise not only to better physical brain health, but also healthier thoughts, emotional regulation and intellectual knowledge. This helps the brain stay flexible and agile over the life span.  Additionally, learning in the current moment can serve as a catalyst for optimal brain health in the future.  Studies have shown for example, that learning an instrument as a child can have stabilizing effects on cognitive health when elderly, even when no longer playing at a later age. 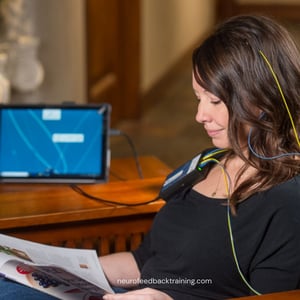 Neurofeedback is a cutting-edge brain training technology that tracks the brain's electrical communication, or brainwaves, to give feedback about maladaptive brainwave patterns.  Some neurofeedback technologies target specific changes while other systems work on the overall health of the brain.  Areas that can be impacted from neurofeedback include: stress, sleep management, cognitive functioning, and mood regulation.   An example of neurofeedback is NeurOptimal®, a form of dynamical, non-linear neurofeedback.  It works by tracking and translating electrical activity of the brain to give the brain cues in real-time about habitual electrical patterns that may need attention.  This process of cuing the brain, given through auditory feedback, acts like a mirror to notify the brain on an unconscious level about its habits.  Much like shifting posture when the body sees itself in a mirror, the brain can self-correct when given good information about its patterns, optimizing brain health.

Read Also: What Is Neurofeedback and How Does NeurOptimal Work?

One study showed that a brain training app used by elderly participants slowed their cognitive decline.  Some of the most popular apps are Elevate, Peak, and Luminosity.  Luminosity is one of the most popular websites that exercises a myriad of skills from math to word games, all designed to boost cognitive abilities.  The app Elevate is designed to train specific goals: to improve the user's concentration, writing skills and productivity.

The drawback to using brain training apps for mental fitness is that they are often missing the opportunity for social connection. Playing games with others can also add the emotional benefits of being with others. For example, it's been shown that people who play games, such as cards and chess, have lower depression levels and reduced cognitive decline.

What to Eat for brain health

Brain health is significantly impacted by the foods we consume.  Essential nutrients found in foods make up and fortify the brain's structure, ultimately impacting cognitive, emotional and behavioral abilities. See a list of well-researched foods that can positively affect brain fitness:

Fish like Salmon, cod and mackerel are excellent sources of good fats. They can also be found in grass-fed butter, extra-virgin and cold-pressed olive oil and organic coconut oil.  These kinds of fats are essential for memory and learning.

Coffee may deliver more than a short-term concentration and mood boost.  In the long-term, coffee may protect the brain against diseases like dementia and Alzheimer's. Teas as well as red wine in moderation can help to reduce inflammation and brain cell damage, in addition to having anti-aging properties.

Related: How to Improve Sleep Hygiene

Specific micronutrients, like vitamins and minerals, can be found in various foods and supplements.  Different brain types may benefit from different forms of supplements. Leading psychiatrist Dr. Daniel Amen has identified 16 main brain types based on brain imaging work.  Take the assessment to find out more about your brain type and the supplement recommendations.

Omega-3 fatty acids are key building blocks of brain cells and have protective anti-inflammatory and antioxidant properties.  They can be found in vegetable oils, fatty fish, nuts and leafy greens.  Supplements are often derived from purified fish oils and contain multiple Omega-3s such as DHA and EPA.

Vitamin E helps to relieve oxidative stress on the brain.  Some research suggests that a diet rich in Vitamin E is related to lower risk for dementia.  This antioxidant helps keep the immune system working efficiently and protects the brain against cellular damage.

The brain contains high concentrations of this vitamin and is important in the synthesis of dopamine.  Vitamin C can be found in potatoes, greens, citrus fruits and tomatoes.  This vitamin is also an antioxidant and is important for the reparation of brain cells.

B6, B9 (folate), and B12 are three B Vitamins that are linked to brain health. They can help break down homocysteine, an amino acid that can increase the risk of beta-amyloid plaques.  These harmful proteins are a biological marker of Alzheimer’s disease.  B vitamins are vital to help slow cognitive decline and produce energy required for new brain cells.

Magnesium plays an essential role in the conversion of B vitamins into their active form to be utilized and absorbed.  This mineral is involved in regulating and boosting nerve transmissions.  One study from MIT and Tsinghua University found that magnesium supplements boosted working and long-term memory in rats. 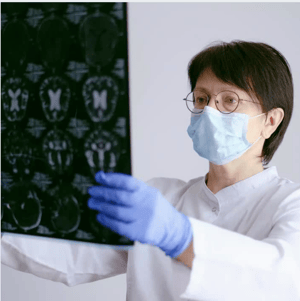 It has been shown that art-based interventions are able to improve wellbeing in people with Alzheimer's disease but few studies have investigated how it can affect cognition. A new intervention called "Arts, Colors and Emotions" (ACE) treatment uses visual art as a medium to engage skills in communication, memory, attention, sensory stimulation and executive functions.  The study involved 20 participants, half participated in the art intervention and the other half was a control group and received a standard care program already in place.  14 sessions were designed to affect patients in different areas. Specifically and for example, sensory stimulation could involve touching materials of different textures and communication as drawing and coloring an emotion or favorite object.  It was found that those who participated in the art-based intervention showed improvement in language skills, general cognition and executive functions, in addition to increased wellbeing.  The study concluded that ACE is a promising new art-based intervention for those with Alzheimer's.

The BrainHealth Index was designed to measure multiple components of brain health simultaneously: cognition, well-being, social interaction, and daily life.  The novelty of this tool involved combining these factors into a dynamical single index.  Researchers investigated the effectiveness of The BrainHealth Index and trainings to assess brain performance and teach habits to optimize it.  During the pandemic, participants took the Index and received coaching and training modules online.  Examples of the training included stress management skills and critical thinking activities. After 13-14 weeks, the Index demonstrated efficacy in assessing changes and participants on average showed gains in resilience, decreased anxiety and stress.  The fact that these improvements were achieved during the hardships of the pandemic sheds light on the importance of brain training during difficult times.  Instead of waiting until life returns to a state of normalcy, intervening earlier may offer a buffer against further challenges.

Learn More About Brain Training From Our Blog: